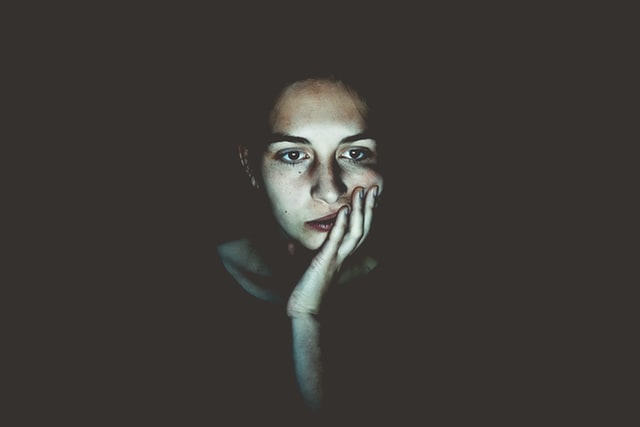 The uses of social media are practically endless.

New platforms are popping up all over the place, and every platform has features that allow organisations to engage with customers in different ways.

With that power comes a high level of responsibility. Plenty of organisations have failed to pin, post, and tweet responsibly, and they have paid for it in more ways than one.

Learn from the mistakes of others, and avoid these 13 social media blunders.

1) Being Vulgar, Obnoxious, Or Confrontational

Vulgar language and obnoxiousness might get you a little attention in the short run, but in the long run, it will probably do some brand damage.

When it comes to exemplifying the importance of avoiding confrontation, there is no better example than Amy’s Baking Company Bakery Boutique & Bistro. They have been given the distinct honor of having The Most Epic Brand Meltdown on Facebook Ever.

After being featured on a national American television show, the bakery’s customers took to Facebook to express their dissatisfaction with the way the owners treated the host of the show.

Of course, the owners didn’t hold back on their criticism of their own customers. Here’s a little taste of what was said.

You can read more about the story here. It’s a perfect (and pretty entertaining) example of what not to do.

With the introduction of so many social media apps, posting has become easy—too easy. Not everything should be public news. Just ask Gene Morphis, CFO for Francesca’s, a women’s clothing retailer.

Last year at a private board meeting, she tweeted, “Board meeting. Good numbers=Happy Board.”

This might seem like an innocent little comment, but it was considered selective information, which is illegal. Their stock spiked 15%, and Morphis lost her job after an investigation lead to the discovery of other similar social media activity.

3) Putting The Wrong Person In Charge

Building a strong social media presence takes time and creativity. On top of all the other challenges small business owners face, social media marketing can easily be pushed to the side.

It’s easy to hand over the social media marketing duties to an intern or to a lower-level employee, but that could be a big mistake. Every post, tweet, and pin reflects your brand. Leaving that responsibility to an amateur is asking for trouble because you (and your brand) are liable for those comments.

Chrysler once dropped the F-bomb in a tweet and attracted a whole bunch of bad publicity because of a lower-level employee mishap. Don’t let that be you.

– Control your own destiny; take the social media responsibilities upon yourself.
– Hire a professional or hand the reins over to someone you really trust.

4) Confusing A Reply With A Direct Message On Twitter

We’ve all had that scare.

You know, the one where you can’t remember whether you hit “reply all” or just “reply” when sending that sarcastic email about your supervisor’s new haircut.

Sending a reply instead of a direct message on Twitter is a similar situation. The only difference is that a reply doesn’t just go to your entire company . . . it goes to the entire world.

American Congressman Anthony Weiner once tweeted a picture of his–well–lower half that was intended as a direct message. It ended up being a career-killer.

Talk about airing your dirty laundry.

Replies begin with the @ symbol, and everyone can see them. Always remember that.

– Double check—no, triple check—that you’re sending the right kind of message, even if the message is just a simple response to a customer inquiry.

When a disaster hits and a term is trending, the last thing you should do is try to profit from it. In the United States, when a hurricane struck the East Coast and prevented millions of Americans from leaving their homes, a number of businesses tweeted promotions like this one. Making light of a serious situation is a terrible way to attract new customers, and it makes your brand look a little shady.

– When a natural disaster hits, either post something genuine or don’t post anything at all.
– You can’t harm your reputation by staying silent.

Similar to the point made above, it seems more businesses need to keep things in perspective. Just because you can profit from a situation doesn’t always mean you should. Take this post for example, which uses a little boy battling cancer as a means to collect likes and shares. There are plenty of other ways this company could have showed its support. Their effort is pretty transparent.

– Remember that sometimes it’s not about the bottom line.

Every country has its issues. Whether you have a strong opinion, a moderate opinion, or no opinion at all, it shouldn’t matter. You shouldn’t be posting that kind of information on a corporate social media account.

Even if a politically related post seems harmless, or even if it’s true, there will always be a demographic that disagrees with you. Few things get people more fired up than politics, and the last thing you want to do is annoy a large segment of your customers.

Chick-fil-A once brought both religion and politics into the conversation when an employe posted about their biblically-based principles.

It took some time for that conversation to quiet down.

– Stay neutral when it comes to politics.
– If for some reason you’re forced to take a side on a certain issue, take the one that best aligns with your brand’s image.

We already talked about the difference between Twitter replies and direct messages. With that said, make sure you have understand how to use each social media platform.

This includes knowing how to switch between a personal social media account and a corporate account. Don’t go liking and pinning everything in sight on your break without making sure you’re pinning and liking under the right account.

Privacy settings tend change, so stay up-to-date. CVS Pharmacy once created the twitter handle @CVS_Cares and encouraged customers to provide feedback. Unfortunately, the account was locked so no one could even see the tweets without requesting permission.

– Take your time when posting.
– Stay up-to-date with the basic social media controls and settings (which always seem to be changing).

If you fire the social media guy, change the passwords.

Even if you don’t plan on ever firing him or if you’re the only person who ever uses your accounts, change the passwords at least once every six months anyway.

As soon as the post is out there, the damage is done. Just ask HMV. When the company needed to lay off a handful of workers, their 21-year-old social media planner started tweeting about the “mass execution.”

“We’re tweeting live from HR where we’re all being fired! Exciting!! #hmvXFactorFiring”

This was one of many tweets that reached their 70,000 followers.

– Increase security and protect your passwords.
– Have a healthy relationship with the person in change of the accounts and make sure he/she understands the significance of each post.

The makers of the Ab Circle Pro, a workout machine meant to quickly strengthen your core, paid out $25 million in refunds because advertisements claimed that using the machine for just 3 minutes was equivalent to doing 100 sit ups. That claim was proved false pretty quickly.

Social media makes lying even easier and even more tempting. Sometimes it’s hard to sit back and watch other businesses expand their presence while you’ve been stuck at the same follower count for three months.

Don’t give in to the temptation to post misleading information. It will cost you in the long run.

– Be careful with what you’re claiming—can you deliver?
– Inversely, don’t downplay your strengths.
– Find the balance between showing confidence in your ability to deliver and downright fabricating.

Not every mention of your businesses is going to be a positive one. By automating re-tweets, you are spreading negative messages and making yourself look unprofessional.

American Air is a perfect example of why this is a bad idea. Automating is easy, but it’s not engagement. It’s impossible to predict customer opinions, so it’s best to respond to them as they come.

– Get rid of automated responses.
– It’s okay to have a template for responses as long as you make sure to customise it for each response.

12) Failing To Understand The Context Of A Situation

Hashtags are everywhere these days, and they can help your brand’s message take off. They can also cause some serious embarrassment.

Don’t blindly hashtag random terms without first researching them to see what people are talking about in relation to those terms.

In one instance, a business tweeted, “Who’s #notguilty about eating all the tasty treats they want?!”

This would have been fine had there not been a controversial trial going on at the same time where the defendant was found not guilty.

Luckily for this company, they were talking about tasty treats and not something that could have thrown them into some serious trouble.

– Know who your message is reaching.
– Understand the context that surrounds your message.
– Make sure it relates to what other people are talking about.

Social media works because it makes real-time information available to everyone, and it’s relatively un-censored compared to other marketing channels. Customers like getting a glimpse into their favorite organisations through this un-censored material.

Just because you can say anything you want doesn’t mean you should. Always take a long-term approach to social media and ask yourself before every post, what could be the consequences of this?

What social media mishaps have you experienced?

How to Build Your Website Traffic Without Paying for Ads