It’s important to give your business a friendly face.

Creating a brand personality doesn’t take much work, but keeping your brand’s personality on-message can be difficult.

Let’s look at why a powerful brand personality matters, and how you can create an identity and persona for your company that really resonates with your customers.

The Importance of a Strong Personality

So first off, why is it important to have a powerful brand personality?

The key to branding is letting your customers know the kind of service they can expect from you.

The goal of creating a brand personality is creating an identity for your customers to interact with. It’s about turning a company that can often come across as cold and impersonal into something that people can relate to.

This works in many ways:

The brand focuses on dark images to imply culture, mystery and class. 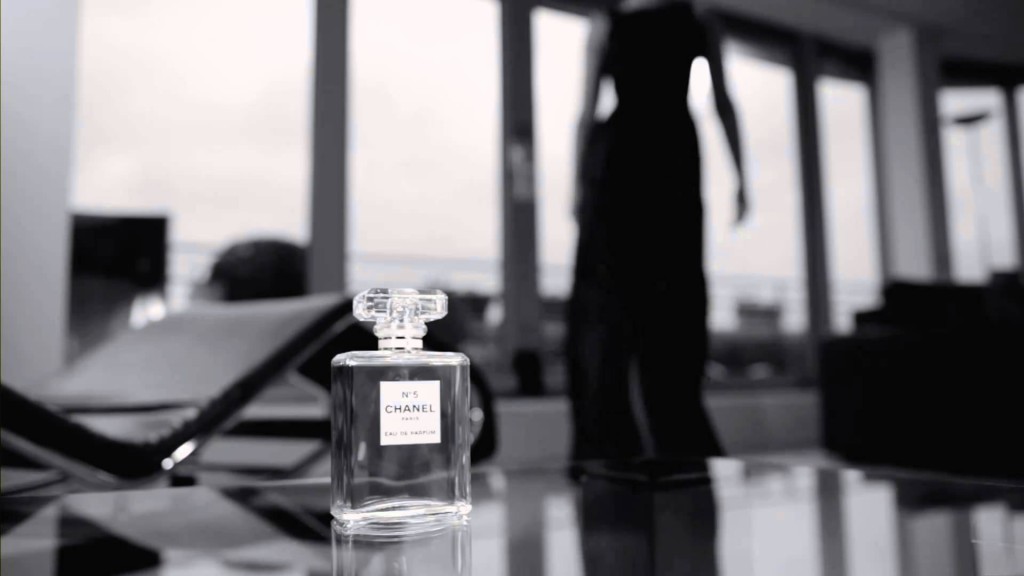 Many ads are entirely in black and white to give their brand an old-world feel, but the clothes and accessories on display also give the brand a sense of modern, fashionable sophistication.

The brand uses a lot of celebrity images – often, these are actors known for their talent as well as their beauty. All of Chanel’s branding is designed to appear cultured, rich, and sexy.

This persona surrounding the brand draws in customers who want to develop these qualities themselves:

There’s a lot to gain from getting brand personality right.

It helps customers to identify your product, it increases brand loyalty, and it ensures that your company image remains targeted to the right audience.

The first rule of developing a brand personality is understanding the framework that already exists. Your brand personality should grow out of your existing customer base:

If you can answer these questions, you’re going a long way to understanding how your brand should act and what personality it should have.

Your brand personality shouldn’t be a stereotype of your customers, but people who buy your products should be able to see themselves – or what they aspire to be – in the face of your company.

Give Your Brand a Face

The point of giving your brand a personality is turning it into an identifiable, relatable entity that people can see as human.

Putting the right person front and center in your brand is crucial to making sure your target audience interprets your message in the right way.

Let’s have a look at one of the most successful brand personality campaigns of the nineties, and what made it work so well.

Do you recognize this cartoon character? What might surprise you, though, is that Sonic the Hedgehog isn’t just a cute little cartoon character: every aspect of his design is intended to build up the brand personality of video game company Sega.

In designing a mascot for their company, Sega wanted something that pointed out the incredible speed of their gaming hardware – something that made people see their games console, the Genesis, as faster than the competition.

So they designed a character for whom speed was central, and who had an edgy, snarky attitude which differentiated Sega from its more childish rivals.

They put a lot of thought into designing a character that perfectly reflected the interests of their target audience:

Every aspect of Sonic the Hedgehog is designed to both sell his products and to draw customers to the culture of the company he represents.

The brand personality he brought to Sega was so powerful that for a time the company overtook its main competitor to become the leading manufacturer and publisher of home console video games in the United States, and one of the most respected brands around the world.

There are plenty of brands which thrive through inventing an identity, or otherwise embellishing the story of an individual to help build up a sense of identity for their company.

This is particularly common for fast food chains, who opt to include mascots that customers can learn to identify. You don’t need to go so far as to create an entirely fictional person, but it is helpful to put a person front and center for your marketing materials to build up brand personality.

This can be done in:

The person doesn’t always have to be the same, but their message should match the branding for your company.

They should be warm, friendly, and relatable whilst professional and respectful. Also, bear in mind that even when dealing with a real spokesperson, the same lessons from Sonic the Hedgehog still apply.

Just be sure not to make so many drastic changes to their appearance that your spokesperson feels uncomfortable or out of place: if they’re not sold on the direction you’re taking the branding, customers will pick up on it.

Cartoon characters don’t work for every business, and in the modern era they’re less successful at drawing interest towards a brand. One shortcut to brand identity building that’s often used by a variety of companies is celebrity endorsement.

This can be helpful in establishing the kind of people you want your brand to appeal to.

At the other end of the spectrum are celebrity endorsements such as the credibility George Foreman lends to a range of grills. This kind of all-in endorsement trades entirely off the celebrity in question, to the point that it’s difficult to separate the persona of the boxer from the image of the grills – most people aren’t aware that Foreman wasn’t in any way involved with the development of the product.

This method of developing a brand personality is dangerous, though: your company’s public image is tied inextricably to the celebrity in question.

Use celebrities or even single faces with caution: someone who supports your brand now might not be as useful in years to come.

Modern branding trends have seen the emphasis shift away from offering up a single person as a representative of a company, in favor of focusing on collective users of the brand’s products.

Various marketing materials from the company Etsy points audiences to some of the many individuals who make up the service’s collective community.

This focus on community is an important part of a solid brand identity:

Ideally you want your brand to be seen as a collective group who customers can trust, and who all buy fully into the culture which surrounds your product. While often ridiculed, the hipster culture of Starbucks is a fascinating example of brand personality being communicated through a large proportion of the company’s baristas. If you can convince your customers that your product is the perfect accessory to their sub-culture’s lifestyle, you’ll have built a brand personality that resonates and which will be repeated by others, furthering your company’s reach.

If you’re looking to give your brand more personality, be sure to tell your customers a narrative.

People love stories – it’s how we learn, relate to people, and understand the world.

There are plenty of common stories that are used in building a brand personality:

The Lego Company created an excellent brand story video a few years ago which explains the roots of the company:

While Lego is a very strong brand, a lot of the backstory behind the company’s development and the process of creating their toys is relatively unknown.

The above video shows the history of the company, gives the viewer an understanding of the founder of Lego and his personal struggles, and explained the development of the brand and its theme parks.

For those who would otherwise see the Lego brand as just a big toy company, the video gives depth and personality to the brand.

That said, the video isn’t perfect: Alternatively, you can tell stories about your customers, and the journey they go through when using your products.

Using stories to explain things is how humans relate to each other, and how we make friends.

It makes sense, then, that by telling stories about your brand you can help customers to better relate to your company and its products.

Your brand’s personality will be defined in large part by how you communicate with others.

Communication doesn’t just need to come from billboards: in the modern era, one of the most important tools for building a brand personality is social media.

It goes without saying: social media posts should always be on-brand. Failing to live up to your company’s image online can be disastrous.

The trick to ensuring that all social posts are within the desired brand personality is communication.

Everybody who in any way presents a face for the company should be fully aware of what’s expected of them and how to maintain the brand identity at all times.

Just in closing, let me hammer home the most important point on this subject once more: When a brand personality works, customers will flock to it, eager to enjoy a company that resonates with them and with which they can identify.

What are some of your favorite brands, personalities, and spokespeople? How have you built a brand persona that people care about? Share your thoughts in the comments below: